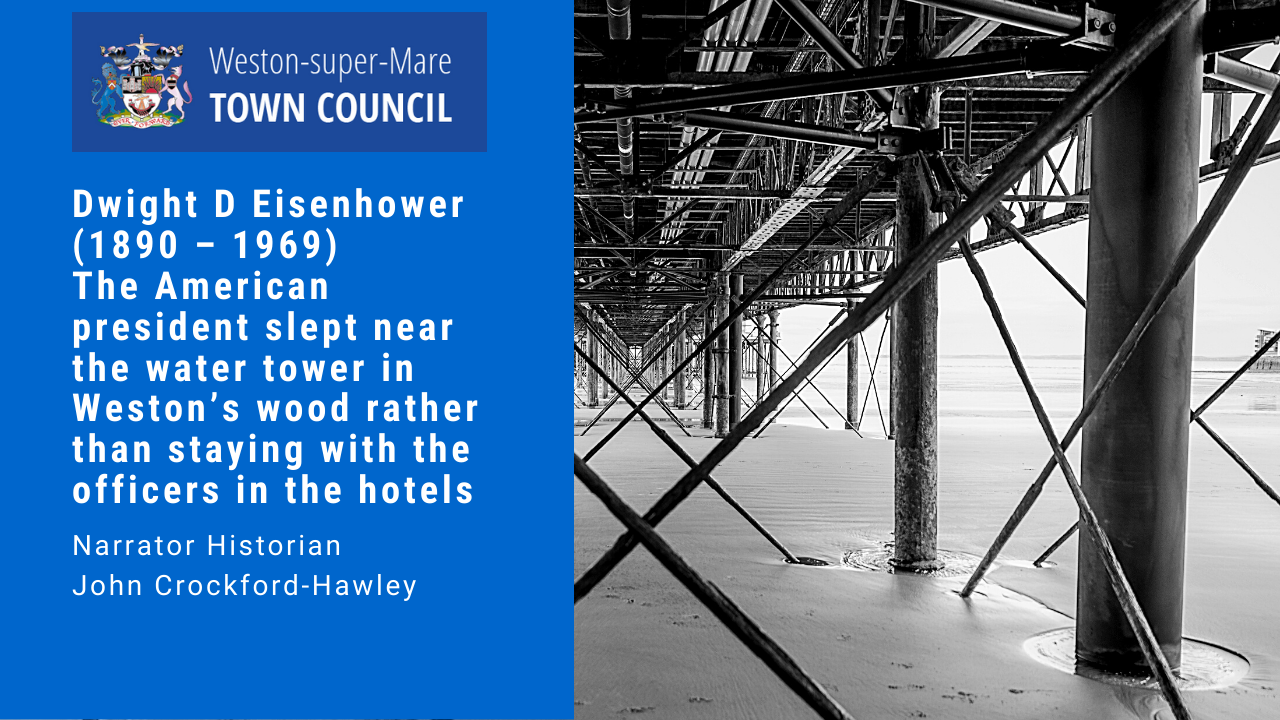 Dwight D Eisenhower is the only American President to have set foot in Weston-super-Mare.

As Supreme Allied Commander Europe he arrived in Weston towards the close of World War Two and stayed one night in 1944, en-route to the D-Day landings.

The town was filled with American servicemen. Officers were billeted in hotels whilst other ranks slept under canvass in Ellenborough Park

Far from throwing around his status ‘Ike’ opted to sleep in a caravan parked near the water tower in Weston Woods, in the midst of military vehicles huddled under tree cover and along the Toll Road

Following the war, Eisenhower became NATO’s first Supreme Commander and then President of the United States from 1953 until 1961.

A gentle stroll through Weston Woods to where an American president once slept under the stars will enable us all to share this fleeting moment of world history.

We welcome a socially distanced audience at the unveiling of this Blue Plaque.