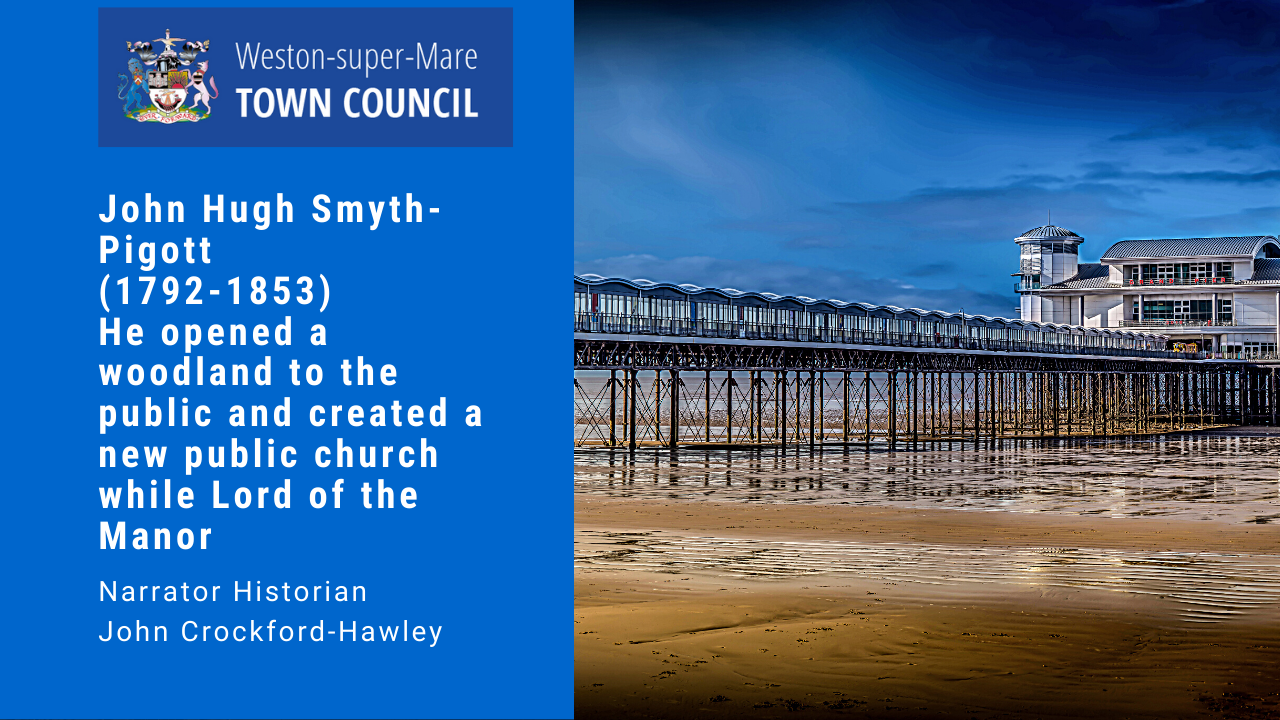 Weston Town Council & Weston Civic Society are delighted to announce the unveiling of a Blue Plaques for John Hugh Smyth-Pigott – Grove House – 31st July at 10.00am

Though many in the family were quite bonkers, John had vision. He inherited the manorial lordship of Weston-super-Mare on Christmas Day 1823, following the death of the Rev. Wadham Pigott.

The energetic young squire encouraged village children to plant trees on the hillside, initially to create a private game reserve but, once trees began to mature, he threw this woodland open to public wandering.

Two of his original gate lodges are still with us, one in private occupation in Worlebury Hill Road and the other serving food in castellated splendour at the Kewstoke end of the Toll Road

He replaced the crumbling Medieval St John’s with a new parish church and greatly enlarged his manorial residence at Grove House most of which was subsequently destroyed during the Second World War.

With assistance from far-sighted agents he, along with a new breed of local entrepreneurs, began to change Weston from a sleepy village of little consequence into a town of rising middle-class pretention and expectation. It was the dawning of tourism.

We welcome a socially distanced audience at the unveiling of this Blue Plaque.